Heathercombe is a tranquil wooded valley 1,000 feet up on Dartmoor. Essentially cool and damp!

In the 19th century North and South Heathercombe farms, with their 15th century longhouses, became part of the Heatree estate of the Kitsons of Torquay. They established conifer plantations on the upper slopes and created ponds, lakes and paths besides the streams running down from Hameldown.

After World War II the estate was broken up, the plantations felled and the amenity features lost under a blanket of Rhododendron ponticum. Re-planting of the conifer plantations was carried out between the 1950’s and 1970’s.

The late Claude and Margaret Pike acquired the Heathercombe estate in 1965, built Manwood house, cleared and restored the 19th century features, planted over 1,000 well-labelled specimen trees and shrubs, with over 120 varieties of Rhododendron, and made 2 miles of woodland walks and paths.

In recent years the gardens have been developed by John and Svetlana Pike, with Duncan Holden, Andrew Fowler and Peter Nicholls, to create a variety of garden areas, extending over 30 acres, with much new shrub and tree planting. The conifer plantations have been felled and replaced partly by native broadleaved trees and partly by a wide range of conifer species. 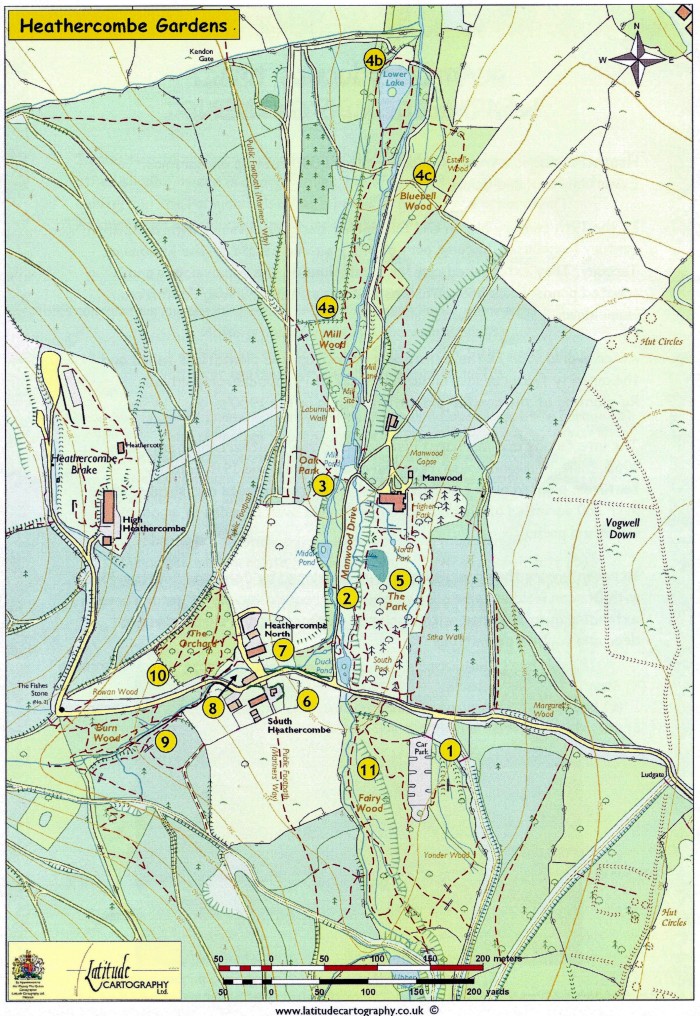 3. Oak Park and Laburnum Walk
Across stone bridge, developing collection of Oak and other trees and  shrubs. Laburnum walk overlooking escarpment to stream below (return to bridge).

Walk to the Lower Lake and back (approx. ½ mile):

5.The Park
Extensive network of level paths amongst large collection of Rhododendrons, arboretum of specimen trees and shrubs (including fine Monkey Puzzle). Carpet of bluebells in late spring in South Park.

From the SW corner, walk via the Duck Pond and the water garden up the road to:

9.Burn Wood
Woodland gardens overlooking Heathercombe Burn including the ‘Glade’, ‘Dell’ and fernery. Some steeper paths.
10. Orchard and Wild Flower Meadow
Daffodils, bluebells and, in June-July, orchids and other meadow wild flowers among over 50 varieties of West Country apple trees. Fine view of Heathercombe Valley from shelter at top.

In addition to the many varieties of Rhododendron, Azalea, Pieris and other shrubs, there is a large collection of unusual deciduous trees and conifers in the Park and elsewhere in the gardens (‘the arboretum’).

Amongst the established trees to look out for are:   (numbers refer to the map)

NEWS from HEATHERCOMBE (Click on the title of an item to view the full text). 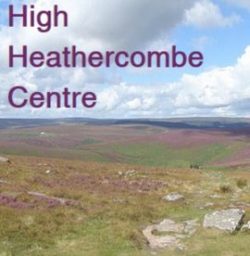